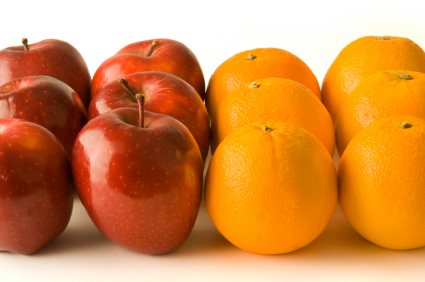 There are many different “types” of men out there that can be classified in all manner of categories. What I am proposing in this post is a very broad generalization and break down of men and the two types we all fall into.

To get right to it…

Is a man that desires to build his life, his world, his kingdom first, before finding his ‘Queen’

He wants to have everything in place before settling down with a woman. His career, his finances, housing, etc…in other words, he’s ‘found’ himself and has grown out of the youthful  and immature play. These type of men are, obviously, usually older as in this day and age, it takes years to build your kingdom or ‘empire’ (depending on your perspective). This isn’t to say that they don’t date or even have a steady girlfriend in the midst of ‘building’ but you can rest assured that she does not and will not have a say in the construction of and or direction he wants to take his kingdom. He will reserve that (influence) for his Queen. These types of men usually are a bit more aggressive in nature.

Is the man that wants his Queen by his side as he (they) build their Kingdom together. Pretty much the antithesis to the type 1 man. This man relishes the input of his Queen, relies on her skills and talents where his are lacking. These types of men are usually a little more laid back.

Both are ok and good. Neither is really the ‘right’ way or the ‘wrong’ way to go about or be a man. The only way it can be ‘wrong’ or ‘right’ is when there is a significant other involved. I say this because women can and do fall into these categories as well.

There are women out there that don’t want to mess with building anything, they just want to be taken care of, they want to step into a life or situation that is already ‘done’. They want a man that takes care of everything, has everything handled, and have no desire to be involved in the ‘business’ side of life. There is nothing wrong with these type of women. These women need to find the type of man who want to build first then find a queen. If these women find and marry a man that is a type 2, more than likely he will (in her mind) be unmotivated and lacking in ‘manly skills’. She (and he) will more than likely not enjoy a long lasting and fruitful relationship.

Then there are the women who want to be apart of something. They don’t mind being there with someone and living through the trial and errors of building a life together. These women (and men) need that bonding experience, in their eyes, it only strengthens their relationship. These women need to find a man that matches their needs, ie, a companion that wants to build together. If she marries a man that is a type 1, she more than likely will feel that he is domineering, controlling and well, just might feel de-valued as he probably will not include her in the decision making process.

This is not to say that the two different types will never work as we all know, there are plenty of stories of women out there that have poked and prodded, cajoled, pushed and pulled their man to be the success they are. It’s sad, but it’s a rare, too rare in my opinion that you don’t hear the same about a man pushing his wife to her full potential. At least one that doesn’t include an apron and a spatula.

So, in my completely worthless and unsolicited opinion: If you are single, figure out which type you are and stick with your same type. If you’re already married or in a committed relationship, this might explain a few things.