I’ll be a monkey’s uncle.

Well my earlier post was full of wishes and conjecture and as usual, pretty much all wrong.

I was saying that I would love it if a company would produce a tablet that could dock much like a laptop.

“Someone needs to build a docking station for a tablet or phone that has a regular keyboard and touch screen monitor connected to it. Yes, just like a laptop does now but is also power boosted by a “PC”. Follow?  Basically work is performed on the PC but everything is stored on the tablet or phone so that you have everything when you are on the go. That or someone needs to build a tablet that can operate on the same level as a PC. But I don’t see that happening anytime soon.”

Well apparently someone has already thought of this….sort of. 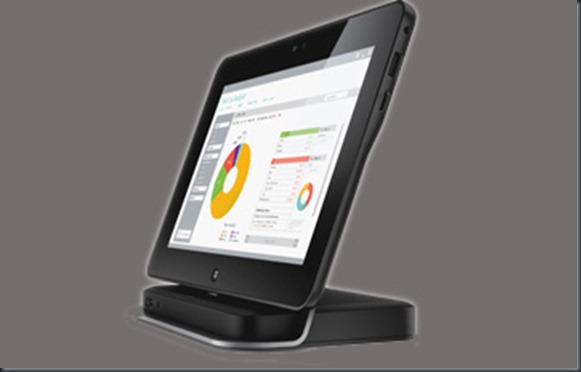 It is everything I stated that I was looking for except for the PC part (there is none). All the performance (work) is handled by the tablet. I would prefer to have the power of a PC to do the work then store everything on the tablet but with that being said, this is pretty slick.

This docking station (pictured above is the Dell Docking Station for the Dell Latitude 10. Not exactly a creative name but it does allow for an external monitor to be connected via the HDMI connector. It also has additional (to what’s already on the tablet) USB ports so you can connect a keyboard and mouse. Lastly, it has the RJ-45 connector which allows for fast gigabit LAN connectivity. If that stuff’s important to you. P.S. an earphone jack too. Tiny thing as well. 4.8 inches wide by 5.5 inches deep by 5.5 inches tall. Retails for $169.

Tablets are the new ‘in’ 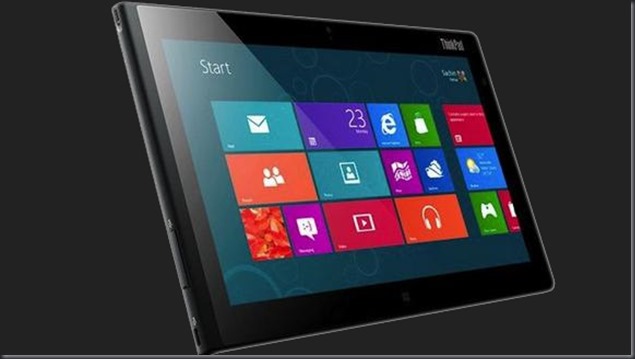 (Smart) Phones have always been and will be ‘in’.

Short and to the point.

Someone needs to build a docking station for a tablet or phone that has a regular keyboard and touch screen monitor connected to it. Yes, just like a laptop does now but is also power boosted by a “PC”. Follow?  Basically work is performed on the PC but everything is stored on the tablet or phone so that you have everything when you are on the go. That or someone needs to build a tablet that can operate on the same level as a PC. But I don’t see that happening anytime soon.

It only makes sense really. All new software is becoming touch enabled and hardware is too. More and more people are going to tablets and smart phones but these are not really conducive to ‘production’.  Some will argue to the contrary of course but in your heart, you know it’s true.

I would love to have this set up (tablet docking) connected to something like this.

This is the Wacom Cintiq 24HD Touch Tablet and I think it would be awesome in a set  up like I am talking about.

So who is going to do this?

Apple could but I really don’t see them doing it cause the only reason to do it is to be PRODUCTIVE and as we all know, Apple does not produce a product that is productive except for their Apple (PC). Which at the price they ask for it, one can get a PC with all the same bells and whistles and probably a little more for less. Besides, PC sales suck across the board and probably even more so for Apple.

Let’s face it. Apple produces products that consume, not produce. I know, I know but to repeat myself from above, “Some will argue to the contrary of course but in your heart, you know it’s true.” Although, after having just said that I am willing to add, “for what they are now known for” to that statement. They are more known for the iPhone and iPad than anything else followed by the Mac Pro laptop. PC’s?  nada.

Apple USED to be a company that produced great, awesome machines (and OS) that helped you be productive. Now? Not so much.  I see a ‘re-inventing’ for Apple in the near future.

Could it be Dell?  I don’t think so. Dell has had an identity problem ever since Michael left the company and like I said above, PC sales are tanking for everyone and it’s no secret Dell has been moving away from hardware and more towards services. Not that they are or ever will walk away form PCs but PC sales are not what they used to be, especially for the home user/buyer. More and more people are going to just a tablet or their phone. Besides, latest on Wall Street has Dell in buy-out talks with several private equity firms (funded by Microsoft) for $13 to $14 a share. So I would guess they are more concerned with that than developing new hardware.

Toshiba? Possibly , I could see them becoming a player in a set up like this.

So by default, that leaves Microsoft. Even though they are not a hardware company it does look like they are moving in that direction which is evident by their Surface tablet (IMHO “Surface” will soon be a M-Soft brand) and news (okay, rumors really) about M-Soft wanting to put out their own (Surface branded?) phone. But as I stated above, Microsoft is looking into becoming an investor in the buy-out of Dell. Could it be that M-Soft is looking to use this as a launching point into the hardware universe? Could the new name of Dell soon be changed to Surface Inc.?

Possible, M-Soft already have the OS that spans the three devices. W8 is a great OS in that you can run it on the PC, the Surface tablet and the phone. They all are the same. What works on one works on all (within reason) but not all third party applications (apps) are written for all devices and if you have the RT version of the Surface, then you do have limitations when it comes to standard app suite like Office. See here for the differences between Surface Pro and Surface RT. From my understanding, W8 for a PC and W8 for the Pro are one and the same.

There are others but personally, as crazy as this sounds, I think M-Soft is going to make a play in hardware. SO look for “Surface” to become a brand in the near future.

No, I do not take pictures of cars.

As a Geographer I get asked, “So like, you know all the state capitols then, right?” Or when someone asks what I do and I reply, “Cartographer”, which is usually followed with a perplexing look on their face. “Wait for it” I say to myself, “So, you take pictures of cars?” Seriously, it happens more than you know.

So here is a quick FYI on the subject of Geography/Cartography in case you happen to run into one on the street.

Geography in a nutshell asks the question ‘why’ not ‘where’. Shocking I know. Geography studies the ‘why’ when it comes to the location of things, cities for instance, “Why is Austin located where it is?” In order to know the why, Geographers have to have some knowledge of biology (plant and animal life), geology (formation of rocks, soils, i.e., Earth Sciences, etc.) They also study climate (weather patterns, natural disasters), economy (usually tied to disaster studies), Hydrology (water resources), and of course the human response to these things and the events that occur as well as the impact we have on the environment. All this data is quantifiable in a map. Once symbolized by a Cartographer a Geographer can study the data and recognize any patterns or such and answer the question, why. Lest I forget, an integral part of the study of Geography is time. Studying the same data over time can help answer the question as well.

As for Cartography, it is the accumulation of data (as mentioned above) that is expressed in spatial context to known geographical elements, in essence, the making of a map. Usually one uses a Geographic Information System (G.I.S) like I do. (www.esri.com) Cartography incorporates science (projections and datums and what-not) as well as art. Without getting nerdy, mathematical equations (projections) help portray a round world onto a flat surface and still maintain ‘shape’, ‘distance’ (between two points) or ‘area’, whichever is most important for the viewer to understand. Think of projections this way. Take a transparent globe and cut it in half. Hold one half in your hand in front of you and in the other hand shine a flashlight at it. The result would be a ‘projection’ on the wall of a three dimensional object (Earth) onto a two dimensional wall. The shape, distance and or area would be distorted. Certain projections help maintain these things depending on what’s most important. Ever notice that Greenland is about as big if not bigger than the U.S.A on a map but on a globe it’s smaller? Different maps have different priorities, shape, distance or area. As for the art side, well it’s just a matter of aesthetics really. It has been proven that a ‘beautiful’ map that is woefully incorrect will be trusted more so than an ugly map that is highly accurate. When it comes to making a map the colors, symbols and patterns all play a part in delivering a ‘believable’ message.

There are different maps for different reasons. Is it a map in a book like the Road Atlas (don’t need endangered species outlined on a road map do you?) or is it a huge wall map for public display? (You can’t have small text as most will be viewing the map from feet away rather than inches.) The intended use of a map along with the message to be delivered directs the cartographer in certain directions. Cartography is a fine balance of science and art. Delivering a ‘message’ that is accurate and beautiful is the sole responsibility of a cartographer.

So there you have it, a very general idea of Geography and Cartography. I stumbled into this field about 10 years ago and have found that I like it. I enjoy what I do and I often tell people that I play with colors and shapes for a living because most of the time, it’s true! HA! I also have to tell my wife, much to her dismay, just because I make maps for a living does not mean I know where I am or where I am going and no I will not stop and ask for directions! But if you want to test your ‘Geographical” knowledge of ‘where’, go here, it’s fun. http://www.lizardpoint.com/fun/geoquiz/index.html